Most of the 433 registered boats have played a waiting game during the 47th White Marlin Open.  Hurricane Isaias has dictated the action (or lack of it) for the first 3 fishing days, but it sets up the probability for an exciting finish.  While 42 boats fished Monday and 35 fished Wednesday, the tournament has not started yet for almost 400 boats that still have all 3 fishing days left during the event that ends Sunday.  That works out to 300 boats per day able to fish over the next 4 days.

The bulk of the boats that have fished so far have fished for tuna and the results are not shabby.  The 114.5-pound bluefin tuna brought in on Monday by the “Restless Lady,” is still holding onto $980,000.  Jarrod Keely from Centerville, OH brought in a 106-pound bluefin tuna Wednesday which jumped into 2nd place.  The fish was caught off the “Blue Runner” out of Manasquan, NJ and is currently winning $395,000.  That tuna dropped the 92-pound tuna caught off the “Swords Fish” on Monday to 3rd place with $220,000 in prize money.

The bar was also set in the wahoo and dolphin divisions.  The “Magic Moment” out of Oxford, MD weighed a 60.5-pound wahoo Wednesday.  The fish was caught by Mark Hutchison from Cordova, MD and is winning $20,000.  Also, in the prize money Wednesday was the "Salt Lick" from Ocean City, MD that took first place with a 35.5 dolphin good for $20,000 to angler Chad Helfenbein from Queenstown, MD.  The second dolphin to make the weight was "Bar South" and Rob Gothier both from Key Largo, FL.  Gothier’s 27-pound dolphin is winning $2,000.

Still, the biggest prizes (over $4,000,000 worth) go to big marlin and the idea that the tournament can have 300 boats a day fishing through Sunday portends a lot of weigh-ins and millions of dollars changing hands leading to what should be an extremely exciting finish. 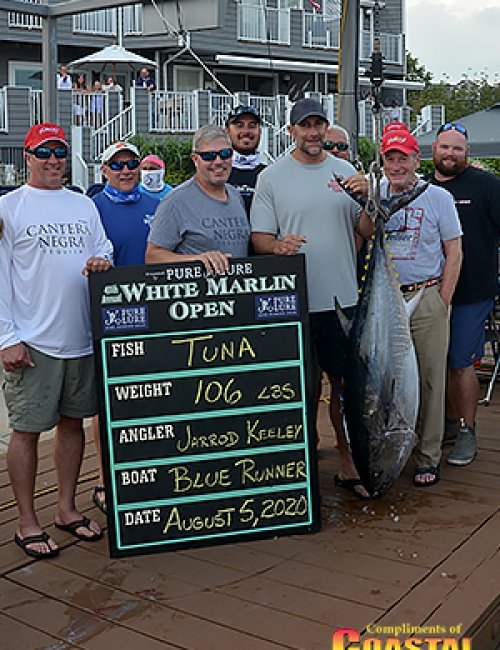 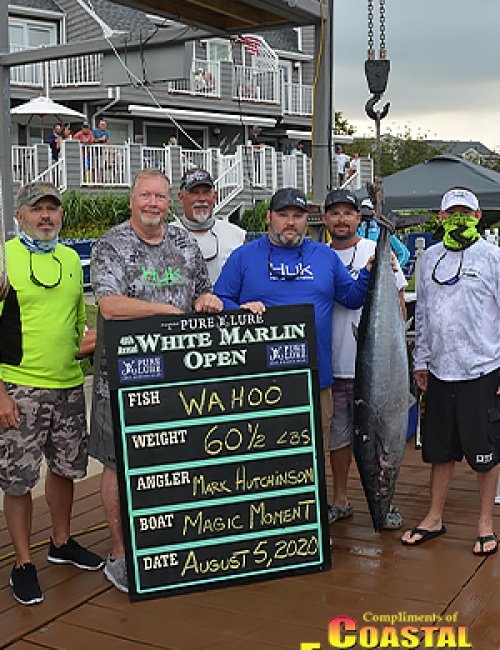