When the 48th annual White Marlin Open ended their 5-day event on Friday night, August 6th, there were many big claims on the world record fishing tournament purse of $9.2 million dollars.  Out of the 444 registered boats, one boat proved the class of the tournament.  The “Seven” out of Jupiter, Florida netted the top blue marlin (worth $1,100,000) and the top tuna, (good for $1,220,000) with a total winnings of just under $2,400,000.  In addition to their final achievements, it needs to be added that, until the final hour of the event, they also held the 3rd place white marlin.
No boat in the half century history of the White Marlin Open has achieved such a mastery of fishing prowess.
Where their bigger money winners?  Yes. Butch Wright, from Arnold MD, fishing abord the "Sushi" out of Ocean City, MD took the top white marlin at the last minute and the $3,200,000 prize that came with it. Wright’s fish may turn out to be a world record for catching a fish!
We’ll have a complete breakdown of all winners in all gamefish categories and the world record payouts after the dust settles on Saturday. 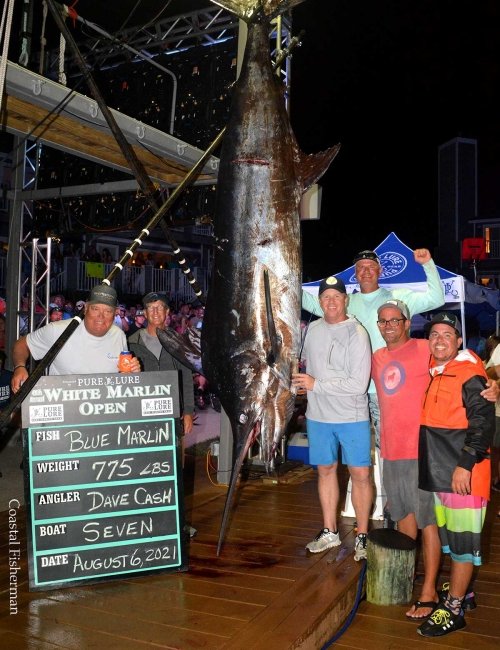