In what may stand as a world record prize for catching a fish, the Drillin & Billin out of Hatteras, NC weighed a 77-pound white marlin that currently holds first place and $2.9 million dollars in the 47th annual White Marlin Open.  The white was caught by Taylor Fields from Baltimore, MD.  The boat was entered in all the added entry levels and, if it holds for the two final fishing days, the prize would be the largest cash award ever presented by the White Marlin Open.

In addition to the 77-pound white, there are two boats tied for second with 74-pounders.  The "Hook and Settle" out of Ocean City, MD weighed a 74-pound white on Thursday and is now tied with the “Mama C” out of Virginia Beach, VA.  “Mama C” angler Sean O’Donnell from Virginia Beach, VA weighed a 74-pound white on Friday now worth $140,000.  There is a 3-way tie for third place with 72.5-pound whites.  The “Reel Estate” out of Ocean City, MD, the “Skirt Chaser” from Manteo, NC, and the “Sea Toy” out of Ocean City, MD all tied with $30,000 each for their efforts.
No blue marlin have been weighed yet and that division holds over $750,000 which would default to white marlin winners if the division remains vacant.

The big money in the tuna division is still held by Ocean City’s “Restless Lady” currently winning $900,000 for the 114.5-pound tuna brought in on Monday.  The wahoo division also has 3 winners lead by Oxford, MD boat “Magic Moment.” The 60.5-pound wahoo is winning $20,000.  The dolphin category is also full lead by a tournament record 73.5-pound dolphin caught Friday by Matt Wagner off the “Backlash,” and worth $20,000.  The shark division is still open.

There are 2 fishing days left and just under 300 boats are still eligible to fish each of the last two days.  If history holds, a lot of money will change hands before the 2020 White marlin Open is over. 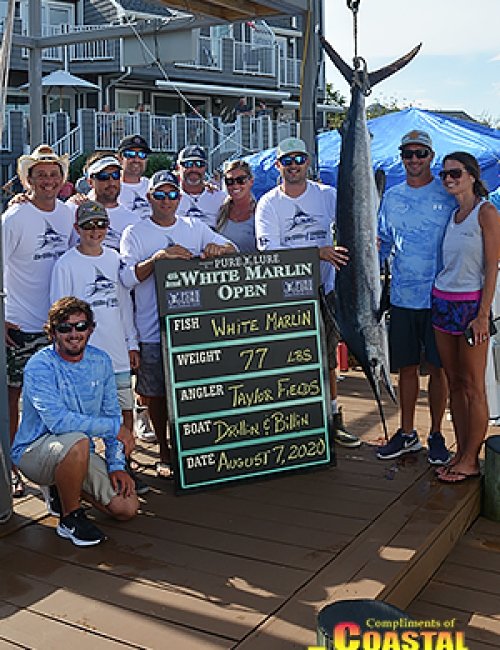 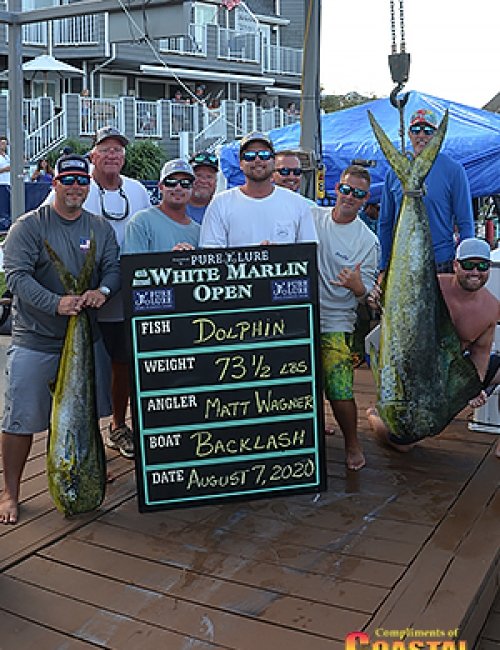