While there were some changes in the leaderboard after the 2nd day of the 2021 White Marlin Open, the 82.5-pound white marlin caught Monday by angler Mike Atkinson off the “Fender Bender” both from Virginia Beach, VA is still the big story.  Atkinson is winning $4.9 million dollars and if it holds, the catch of that fish could be among the top prize money payouts in all of sports!
We’ll get back to that in a bit, but here is the rundown of the other category winners:  Leading the blue marlin division, the 559.5-pound blue marlin caught Monday by Chris Perry from the “Mama C”, both from Virginia Beach, VA, is holding onto the top blue marlin prize of $800,000.
There is over $1,200,000 to be awarded in the tuna categories and, after day 2, the bulk of that money is still held by the “SEVEN” out of Jupiter, FL with angler Lawrence Morejon from Stuart, FL taking the lion's share of $1,043,000 for their 137-pound tuna.  The shark division purse of $120,000.00 is still held by Anthony Sapanero aboard the "Go Fish".  The dolphin division is still led by Andrew Kinsley fishing aboard the Kilo Charlie, holding first with a 31.5-pound fish worth $20,000.  The wahoo division saw it’s first winner on day 2 as Alex Haskins off the “Island Hopper” weighed 48.5-pounder good for $2,000.
There are 444 boats registered for the 2021 Open.  With each boat permitted to fish any three of the five fishing days, the tournament started with 1,332 “boat fishing days.”   On day one, 421 boats fished followed by 420 boats fishing on Tuesday, day two.  That leaves only 491 “boat fishing days” left in the tournament and that is what makes the $4.9 million dollar prize money seem attainable.
How big is a $4.9 million dollar winning payout?  Bigger than any winning horse earned in a Kentucky Derby, Preakness, or Belmont.  Bigger than any golfer has won in any US Open, Masters, PGA or the British Open.  Bigger than any tennis earnings in any tennis tournament including the US Open and Wimbledon.  That’s big.
There are, however 491 boat days left between now and the Friday deadline and fortunes can still change.  Still, Mike Atkinson must be smiling.  He could earn more money in a single event than Tiger Woods, Roger Federer, or Secretariat.  Pretty good company Mike. 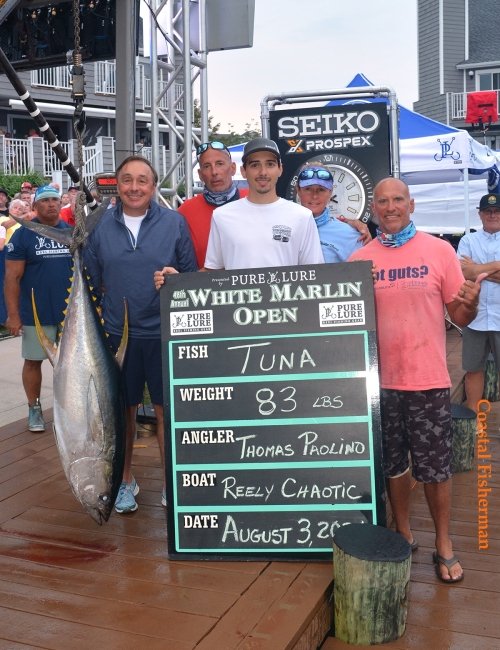 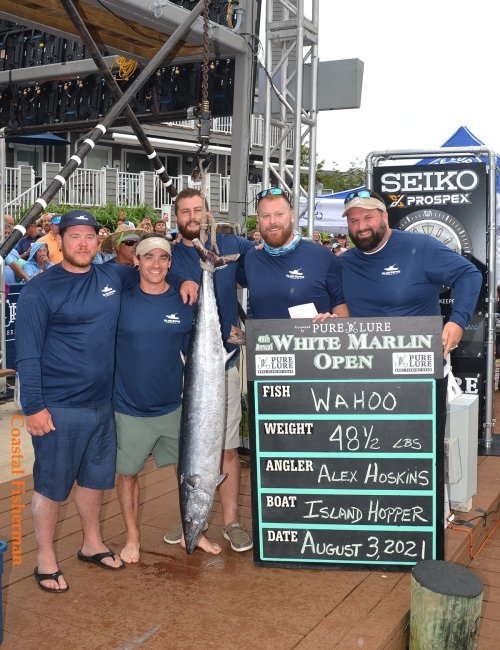